Red eye, also called conjunctivitis, can be caused by bacterial or viral infections, or by allergic reactions to dust, pollen and other materials. Bacterial and viral infections usually produce a white or yellowish pus that may cause the eyelids to stick shut in the morning.


The discharge in allergic conjunctivitis is often clear and watery. All types involve redness and burning or itching eyes. Pinkeye in child-care settings is most often due to bacterial or viral infections. It can usually be treated with antibiotics. Red and sore eyes may be part of viral respiratory infections, including measles.
The germs that cause conjunctivitis may be present in nasal secretions as well as in the discharge from the eyes. People can become infected when their hands become contaminated with these materials and they rub their eyes. Eyes can also become infected when a person uses contaminated towels or eye makeup.


If a child in your facility develops pinkeye: 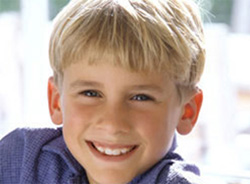